Midnight Club: Street Racing is a racing arcade game developed by Angel Studios (currently known as Rockstar San Diego) and published by Rockstar Games. It is the first installment in the Midnight Club series. The game focuses on competitive street racing and the import scene, as popularized by the first four Fast and Furious movies. The game is available for the PlayStation 2 and Game Boy Advance platforms, the former being a launch title for the platform.

From the back cover of the game:

In secret gatherings around the world a mysterious group of urban streetracers, known as the Midnight Club, race for pride, power and glory in sleekly customized, tricked-out street sports cars.

Speeding through crowded streets, running into red lights, terrorizing pedestrians, driving on sidewalks and outrunning the cops are merely the beginning for the "Midnight Club".

You know the rules, there are no rules.

A mysterious group of urban street racers known as the Midnight Club race for pride, power, and glory in sleekly customized, enhanced sports cars. As a regular New York City cab driver, the player learns about this secret club and decides to join.

The player begins with a relatively unmodified and slow vehicle, a taxi. Through a series of races, each with different goals, they defeat other racers and win faster and more expensive vehicles.

After the player has beaten all the racers, they can now beat Kareem Windross, the New York champ. After beating Kareem Windross and his PT Phoenix, the player now travels to London and continue to challenge Kareen Windross and four new racers.  The game's cities are known for their gravity-defying jumps and shortcuts. Like any other racing games, when the player is racing in the rain, it can make the player very difficult to handle any fast vehicles since the streets are slippery especially when the player drifts around street corners.

Midnight Club: Street Racing(GBA) brings you a top-down view street racing action of high speed driving and adventure to the Game Boy Advance. The concept behind this game derives from the illegal races of real-world Midnight Clubs.The core gameplay consists of races of high-speed maneuvering through completely open city streets. Live life in the insane lane, escape the law and accumulate an arsenal of vehicles.

Players race through the cities of New York and London.

By modern standards, they are significantly less detailed than their real life counterparts, but were highly detailed and large for the game at the time. Both cities are designed for the racing scenario. 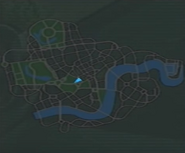 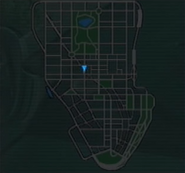 Map of New York.
Add a photo to this gallery

Multiplayer modes, such as Capture the Flag, are available for play using PlayStation 2's additional controllers.

There were features that were removed from the final build.

Midnight Club: Street Racing was the first game in the series of Midnight Club that spawned three more sequels until the franchise was closed down. Rival games like the Need for Speed series released by Electronic Arts had a similar style of illegal street racing and modified cars. Midnight Club has a dedicated fanbase that long wait for the return of the series and there hasn't been any announcement from Rockstar Games whether or not if they will make another Midnight Club game.

Retrieved from "https://midnightclub.fandom.com/wiki/Midnight_Club:_Street_Racing?oldid=14051"
Community content is available under CC-BY-SA unless otherwise noted.